So, Who did Donald trump pardon ?- Check the Trump pardon list at the end of this article. First of all, whenever President Donald Trump pardons a convicted individual, it generates national headlines.Trump clemency has been granted to a number of felons. In general, presidential pardons are difficult to come by because they are rarely issued. However, President Trump pardons individuals more frequently than most of his predecessors. Whenever trump commutes sentences it has always led a huge controversy in the past.

Who Did President Trump Pardon Today?

Another potentially unique use of executive clemency powers by President Trump is for U.S. soldiers charged with committing war crimes. For instance, one of the high profile cases involves Navy SEALS Special Operations Chief Edward Gallagher. He faces charges for killing unarmed civilians and murdering an enemy captive while serving in Iraq. President Trump spoke openly about considering a pardon for his charges. He also touched on the case of a group of Marine snipers who urinated on the bodies of dead Taliban fighters. President Trump requested an expedited review of the petitioners’ files from the Justice Department for those cases.

Furthermore, President Trump bypasses traditional procedures for reviewing clemency petitions. Previously, he proactively requested pardon petition files from the Department of Justice. President Trump does not shy away from exercising presidential pardon powers when a particular case resonates with him as unjust.

What Pardons Have Been Granted by President Donald Trump? 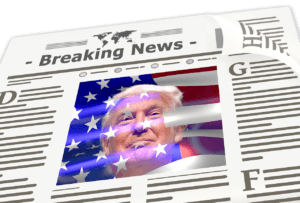 Who did Donald Trump pardon ?

The President Trump pardons issued so far cover a wide range of criminal offenses. Some of those federal offenses include:

It is important to note that the president can only grant clemency for federal offenses. Therefore, those convicted of state criminal offenses must pursue clemency through the appropriate state authority.

How Many People Has Trump Pardoned?

Who Has Trump Pardoned?

The recipients of President Trump pardons have diverse backgrounds and criminal convictions. For some of the trump pardon list recipients, their efforts to transform their lives while in prison struck a chord with President Trump. Prisoners who make amends for their crimes and work to turn their lives around have compelling cases for presidential pardons.

Unfortunately, all of the documents associated with an application for a presidential pardon are not publicly available. However, the list of petitioners who have received President Trump pardons is available through the Department of Justice. Executive privilege applies to the documents and communications within the executive branch related to presidential pardon petitions.

As a result, petitioners cannot access previous successful petitions to use in drafting their application. Thus, an experienced criminal lawyer is essential in applying for a pardon. They can assist with the content of the application and make sure that an applicant meets all of the requirements for a presidential pardon.

Remember that the Office of the Pardon Attorney does not provide legal advice to those seeking presidential pardons. The attorneys cannot advise applicants on whether they meet the requirements to apply for a presidential pardon or how best to do so.

The Process of Applying for President Trump Pardons

All applications for presidential pardons go through the Office of the Pardon Attorney within the U.S. Department of Justice. Currently, Rosalind Sargent-Burns serves as the Acting Pardon Attorney. This office reviews and investigates all presidential pardon applications. This part of the process can take months to complete. Then, they deliver their recommendations on clemency to the president for final determination.

In sum, a presidential pardon can help put your life back on track after a criminal case. Even when a president is inclined to grant more pardons than usual, it is still a complicated, difficult process to get through. As such, petitioners should not apply for a presidential pardon without the assistance of competent counsel. Speaking with a knowledgeable criminal attorney can make the process much easier to get through. Also, you will ensure that your rights are protected.

Call Brandon Sample PLC at 802-444-HELP right away to discuss the potential of a presidential pardon for your case. Set up a consultation with our skilled criminal defense team to begin the application process.