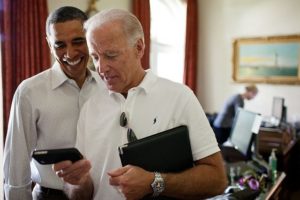 The President’s (Joe Biden) constitutional powers to pardon are well established. The provision, allowing the granting of “Reprieves and Pardons for Offences against the United States” has been broadly interpreted by the Supreme Court, allowing the President an array of clemency options. Every President from George Washington onwards has used this power.

The powers range from a full pardon, essentially a forgiveness for the crime committed, to commutations of sentences and the waiving of fines, and can even be conditional. Although sometimes controversial — almost every President has faced criticism for how they have used the power — it has, for some, it has been a way of implementing and influencing policy as much as it has been about the judicial merits of the cases.

How are the powers used?

Although the decision is the President’s and the President’s alone, it has come a long way from the originally fully handwritten Presidential orders. Typically, pardons come after following a formal process. The Department of Justice has a set of criteria and formal requirements for an application to the Office of the Pardon Attorney which will make recommendations for the President’s consideration.

Clemency has typically been associated with the end of a term of office, perhaps to avoid controversial decisions affecting the administration. Washington, as ever, was the first, pardoning the leaders of the Whiskey Rebellion on his last day as President. The tradition has continued to the modern day, Donald Trump issued 73 pardons and 70 commutations on his last day of office. But Presidents can, and have, used their power at any time.

How will Biden use his powers?

The Barack Obama administration might be an indicator of how Joe Biden, Obama’s Vice President, will act. Obama holds several records for presidential clemency. His administration saw 1,927 acts of clemency, including 212 pardons and 1,715 commutations. He also had the single busiest day, with 330 commutations on his last day in office. He issued more commutations than his thirteen predecessors combined.

While Obama mostly used his clemency powers toward the end of his presidency, 80% of the commutations came in the last six months. However, it also reflects his use of clemency as a policy following the 2014 launch of the Clemency Initiative. This encouraged applications from non-violent criminals, meaning he also had a record-breaking number of applications to consider.

What has the White House said?

The White House has been tight-lipped on whether and how the President plans to use clemency. However, in a recent Zoom conference the President held to discuss criminal justice reform, many working in the field were left with the impression that Biden was preparing to use his executive powers.

There is currently a backlog of 14,000 applications for clemency, both pardons and commutations. The process is arduous, with every case individually reviewed by the Office of the Pardon Attorney, so anyone hoping for clemency from the Biden administration might want to apply as quickly as possible.

However, for those hoping for a pardon, the Biden Presidency may offer their best hope. With the precedent of the Obama administration, as well as Biden’s own comments on criminal justice reform it looks like it’s a matter of when, rather than if, the President will be signing clemency orders.

Biden Looking to Exercise Power of Commutation Commutation: the act of commuting a judicial sentence. In other words, “commutation” means letting someone walk free. Unlike anyone else in the United States of America, the President of the United States is granted the power to commute sentences of those who are...
Read More
Load More