Clemency Definition : So how do you Define Clemency - Except for a few notable instances, clemency primarily lies under the radar. It is often thought of a power reserved for the lame-duck period of a president's term, but clemency has been and is invoked regularly, most recently by President Donald Trump. Beyond its few controversial uses, it remains a mysterious concept of executive authority. Often, it is seen as a means to pardon people with close government ties, but that's not its purpose. The foundation of the clemency definition, and its overwhelming application, is humanitarian. Wrongful convictions, excessive punishments, and successful rehabilitation are the primary reasons the clemency power exists; however, the misconceptions about the practice of clemency, its limitations, and even the clemency definition still remain. This article serves to clear up these misinterpretations of clemency and its application.

The Clemency Definition - Meaning of Clemency 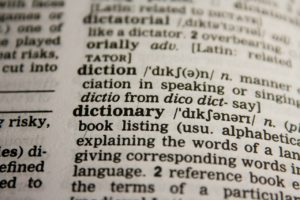 Generally, Clemency can be defined as act of mercy and leniency afforded another. To define clemency legally, it is "a reduction or commutation of a sentence, an offer of probation, or immunity from prosecution." It may not be clear in the language, but mercy and leniency are the foundation for the legal clemency definition. Clemency reprieves improper convictions and recognizes the rehabilitative effect of the judicial system. This is achieved through what is known as pardons and commutations.

Pardons and commutations are the methods of mercy adopted in the legal clemency definition. Pardons are more common at federally whereas commutations are more popular at the state level. A pardon may only be granted five years after a conviction or release from confinement, whichever comes later. Being pardoned has three main effects:

Commutations, on the other hand, simply reduce the length of a sentence, amount of restitution, or can even reduce a death-row inmate's penalty to life in prison. Prior to the 2014 Clemency Initiative, commutations were much more difficult than pardons to obtain. Historically, commutation was a popular state government tactic to lay the groundwork for inmates to be released on probation or to prevent death-row inmates from being executed. Since the 2014 Clemency Initiative, however, the federal government increased efforts to release non-violent criminals serving extensive sentences and used commutation as the primary means to achieve this goal.

Define Clemency in terms of Federal vs. State Clemency

Clemency actions happen at both the federal and state levels. Whether the President or a state governor (or an administrative board) handle clemency requests depends on the nature of the crime and conviction. The President may only handle federal crimes and state authorities can only handle state.

Clemency's definition and grant of authority originate from Article II, Section 2 of the United States Constitution. It reads, the President "shall have the power to grant reprieves and pardons for offenses against the United States, except in cases of impeachment." Other than, this power is virtually unfettered, there exists no judicial or legislative means to overrule a presidential pardon. The ability to request a presidential pardon or commutation, however, is much more laborious and time-consuming as it is governed by specific eligibility requirements and processes.

First, individuals seeking clemency must submit a formal petition to the Pardon Attorney's Office in the Department of Justice. The Pardon Attorney's Office then reviews the petition in light of various factors to determine whether a person should be recommended to the President for clemency; different standards are used depending on whether the petitioner requests a pardon or commutation of sentence. After the president receives a recommendation and grants clemency to an individual, that exercise of power cannot be checked or altered by another government official. It should be noted, however, that only a small fraction of clemency requests actually make it to the President's desk, however (with an estimated only 1.6% of all clemency requests during the Obama Administration being granted).

In order to be eligible for a presidential pardon, an individual must wait for a period of five years after a conviction or release from confinement, whichever is later. After a period of five years has lapsed the Pardon Attorney's Office primarily looks at demonstrated good behavior and conduct. Additionally, the Pardon Attorney considers the following factors in deciding whether to recommend an individual for a pardon.
1. Post-Conviction Conduct, Character, and Reputation
2. Seriousness and Relative Recentness of the Offense
3. Acceptance of Responsibility, Remorse, and Atonement
4. Need for Relief
5. Official Recommendation and Reports

Before the  Clemency Initiative (2014) , commutation approvals were much more uncommon than pardons at the federal level. Reasons for granting commutation, despite its rarity, included "disparity or undue severity of sentence, critical illness or old age, and meritorious service...to the government by the petitioner." (Justice.gov). The Clemency Initiative, however, established new factors and prioritized individuals who met them. These factors are:

Each and every state is free to enact their own clemency statutes and policies. While the clemency definition remains virtually unchanged across the nation, who may exercise that power varies. Many, if not most, states vest ultimate authority in the governor (similar to the federal government); in other states, such as Oklahoma, the governor and appointed agency/board share the power; and, as is the case in nine states, a Board of Pardons and Paroles holds exclusive clemency power.

Other than a few high-profile occurrences, it is often overlooked as an integral part of the criminal justice system. It is a power than mends the inequalities of oppressive legislation as well as recognizes the rehabilitative successes of the criminal justice system. Clemency.com is filled with useful resources and educational materials regarding the history, use, and practice of clemency. Make sure to subscribe and explore the remainder of the website.

Learn more about the Law Office of Brandon Sample by visiting our blog, https://sentencing.net and https://brandonsample.com

Article II, Section 2, Clause 1 of the Constitution of the United States grants the President the power to grant clemency to persons who have committed federal crimes.  Specifically, the clause states that “The President . . . shall have Power to grant Reprieves and Pardons for Offenses against the...
Read More

Cyntoia Brown Story : The heartbreaking facts of the crime for which Cyntoia Brown served 15 years of a life sentence ultimately resulted in Cyntoia granted clemency. At the Cyntoia Brown clemency hearing in 2018, the Tennessee governor heard arguments that she was only 16 when given a life sentence...
Read More
Load More