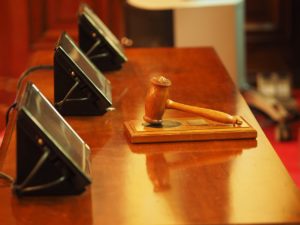 The clemency power covers a range of options for the President. These include the commutation of a sentence, pardon, reprieve, and remission of fines or restitution. Clemency can free people from jail terms and restore rights after the clemency is granted, like the right to vote and bear arms. The presidential clemency power was meant for the last resorts for those who seemly were wronged by the justice system. The founding fathers, including Alexander Hamilton in the Federalist Papers, saw the clemency power as a way to temper the harshness of the justice system.

The Department of Justice handles the clemency process. The Office of the Pardon Attorney (OPA) accepts the thousands of petitions for clemency each year. Formal applications are submitted to the OPA for review. The applications are different depending on what the petitioner is requesting. Pardon applications are longer and ask more in-depth questions regarding the petitioner’s history in the community and their ability to show remorse for the crime they were convicted of. A commutation for sentence application is shorter, but still asks for a detailed response by the petitioner of why he or she deserves a commutation of a sentence.

The OPA receives all applications for presidential clemency and conducts a thorough review. They then send a recommendation to the President. The President, however, is not constrained by the recommendations of the OPA. The President has no legal obligation to heed the recommendations given to him or her. Most recently, President Trump granted a pardon using the presidential clemency power, to the former Sheriff of Maricopa County in Arizona, Joe Arpaio. Arpaio’s pardon was not recommended by the OPA. Arpaio did not even fill out an application. There is no legal requirement that a person must fill out an application before receiving clemency.

Clemency applications are sent to the OPA. If the President denies the application, there is no appeals process. There is no way for the petitioner to find out why the OPA or the President decided to deny the application. None of the documents that were involved in the investigation will be released to the petitioner or the public because the information cannot be obtained by Freedom of Information Act (FOIA) requests.

One of the very first acts of presidential clemency was granted by President George Washington. It was 1791 and a new set of taxes on whiskey greatly upset farmers. This spurred violent protests in Pennsylvania. On July 17, 1794, 500 protesters burned the home of a tax supervisor outside of Pittsburgh. President Washington realized the predicament he was in. Many of these farmers were poor and their cause would be sympathetic to the wider population. President Washington led a militia of 13,000 troops to temper the revolt. Two of the protesters were arrested and convicted of treason. They were both sentenced to death. On July 10, 1795, President Washing granted the first presidential pardon to the individuals. President Washington’s pardon mirrors Alexander Hamilton’s idea that the clemency power can be used to help temper heightened emotions in the U.S. public. George Washington stated that a government should “exercise every degree of moderation and tenderness which the national justice, dignity, and safety may permit.”

Other Presidents and heads of state of other countries also possess the clemency power. Some mirror the United States' model of presidential clemency, giving the head of state autonomy in who he or she grants clemency to. Others impose more restrictions regarding this power. The United Kingdom’s clemency history derives from the royal prerogative of mercy. This was a royal prerogative of the British monarch who could grant pardons to any convicted person. The United States presidential clemency clause in the Constitution is based on this power. The royal prerogative of mercy is still used in the UK. Instead of ultimate autonomy, the justice secretary must recommend the use of a royal prerogative to the monarch. The defense secretary is responsible for military offenses. The royal prerogative is used sparingly. One of the more recent examples is when the Queen granted a royal pardon to Alan Turing, posthumously. Turing tragically committed suicide shortly after he was convicted of gross indecency in 1952. He is widely known for cracking the German Enigma code during WWII.

Canada also uses the royal prerogative of mercy. Formerly under the rule of England, Canada has retained this concept. The monarch’s prerogative is used by the Governor General or the Governor in Council. Like the UK, clemency is rarely granted. The power only relates to federal offenses. The Governor General or the Governor in Council will grant clemency upon the recommendation of the Minister of the Crown. The Governor General can only grant free pardons and conditional pardons. A free pardon is a recognition that a person was erroneously convicted. A conditional pardon will release a petitioner from incarceration, but under supervision and subject to certain conditions, until the original sentence has expired.