The executive clemency power is an extremely broad and powerful ability of a President and a governor. This power can be used to promote policies and to render mercy.

Article 2, Section II of the Constitution states: “The President…shall have power to grant reprieves and pardons for offenses against the United States, except in cases of impeachment.”

In this section, the founders of the United States gave an incredible power to the executive. Executive clemency is defined as the power of the President or governor of a state to pardon a person convicted of a crime, commute a sentence, or reduce it from death to another sentence. 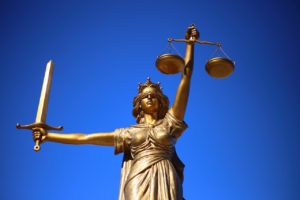 Executive clemency is usually used synonymously with the phrase “pardon power”. However, a pardon is just one aspect of executive clemency. A pardon forgives the crime in its entirety, and is essentially a form of forgiveness. Executive clemency also covers a commutation of a sentence, remission of fines or restitution, and reprieve. A reprieve is when a President or governor pauses the sentence for a variety of reasons, many times for appeals for death penalty cases or for merciful reasons, like for an inmate to visit a hospital to see a dying relative.

Many have noted that the pardon power for a President is incredibly broad. The power is only limited by only having power over federal crimes, and the fact that the President cannot overrule the impeachment process.

Alexander Hamilton, one of the founding fathers who strongly advocated for the President to possess the pardon power, believed that the pardon power was essential for humanity and good policy, to temper justice with mercy. Historically, many past Presidents commuted sentences for elderly inmates who were near death. The pardon power is also a useful tool for policy reasons. Hamilton again wrote that during times of rebellion, the pardon power can be useful to quell insurrection and promote some sense of calm into the situation. President George Washington granted executive clemency to those who played a role in the Whiskey Rebellion. President Thomas Jefferson pardoned all those convicted under the Alien and Sedition Acts. President Abraham Lincoln and President Andrew Johnson pardoned many Confederate soldiers. President Jimmy Carter pardoned over 200,000 individuals who evaded the draft during Vietnam.

A President can also use the executive clemency power to promote proposed legislation or a shift in policy. Most recently, President Barack Obama formed the Clemency Initiative. This initiative encouraged individuals who had been sentenced to lower-level nonviolent drug offenses to apply for commutation. President Obama used his clemency powers to commute more than 1,700 sentences. This initiative was in realization that these drug sentences were skewed and excessively high for the crime committed.

It is important to note that the President’s pardon power is usually less-restrained than that of state governors. The governor of Massachusetts can only issue a pardon with “the advice” of a legislatively chosen council. The governor of New York cannot pardon before trial, and for the crimes of murder or treason can only suspend a sentence pending legislative review.

The use of executive clemency, especially pardons, can be extremely controversial. President Ford’s decision to pardon President Nixon caused a serious uproar. President Ford justified his decision, stating that the pardon was to promote tranquility instead of having a long and arduous public prosecution of the President that could divide the country even more. While many now believe that President Ford was correct, President Ford suffered an enormous drop in popularity and he ultimately lost the 1976 election.

Lame-duck pardons are also common. President George H.W. Bush pardoned six officials in his last few months that were involved in the Iran-contra scandal. President George W. Bush commuted Scooter Libby’s sentence for perjury charges. President Bill Clinton granted executive clemency to 176 people in the last two hours of his presidency. One individual was his half-brother, Roger Clinton, for a drug conviction. Also included was Marc Rich and Pincus Green. These two individuals fled the United States because of an indictment of tax evasion. This decision was controversial because Rich’s ex-wife gave over half a million dollars to the Clinton presidential library fund.

President Donald Trump has not escaped the pardon controversy. In August of 2017, President Trump pardoned former Sheriff of Maricopa County, Arizona Joe Arpaio. Before this pardon, Joe Arpaio was involved in a variety of his own controversies regarding his “tough prisons.” In the summer of 2017, Arpaio was convicted of criminal contempt for defying a judge’s order that his deputies stop detaining immigrants because of their lack of legal status. The deputies continued the practice for almost two years after the order. Arpaio was facing a possible sentence up to six months in prison. Arpaio had been an outspoken Trump supporter during the 2016 election.

Executive clemency is an extremely powerful power for both a governor and a President and can be used for a variety of reasons. The exercise of this power does not come without controversy and will most likely continue to create questions and discussions of its use for presidents to come.