President Biden is set to announce a new clemency initiative similar to the ones previously offered by President Obama. The NY Times is reporting that the new initiative will focus on racial inequality. While the details of this clemency initiative are not yet known, it will likely take the form of releasing thousands of drug offenders from Federal Prison. 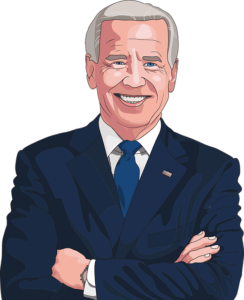 President Biden is set to release thousands of Federal Prisoners

Here at Brandon Sample Lawfirm we have seen an uptick in interest in assistance for filing a commutation application as incarcerated federal prisoners who were not able to obtain release under compassionate release are hoping to get their application in before the rush once a program is officially announced.

As the final guidelines are being put together in the Office of the Pardon Attorney, many special interest groups are looking to be included in the process. For example, there is a huge push for immigration cases to be part of the clemency initiative. Immigration groups have joined forces to ask President Biden to address immigration law issues “first, by pardoning immigrants with deportable convictions in order to spare them from removal; and second, by ensuring that those who receive clemency also receive an exercise of discretion to ensure that clemency is not rendered meaningless through immigration detention and/or deportation.”

Timing remains the biggest question, but the Biden Administration has suggested that they will not wait long to implement a clemency initiative. They are looking to get started within the first half of President Biden’s four year term. With over six months having already passed, it is expected that commutations will start within the next year. Yahoo News recently reported that “administration officials have begun evaluating clemency requests, and activists have said they feel they’re getting the sense pardons and commutations may be signed by the president within the next year or two.”

While the details of the program remain cloudy, we expect that once the program is officially announced and mainstream media starts to report on it, tens of thousands of applications will flood into the Office of the Pardon Attorney clogging the system as it did under the Obama Administration. We are urging all of our clients to file early to get ahead of the rush that is certain to come.

Clemency and Joe Biden - A Look Forward The President’s (Joe Biden) constitutional powers to pardon are well established. The provision, allowing the granting of “Reprieves and Pardons for Offences against the United States” has been broadly interpreted by the Supreme Court, allowing the President an array of clemency options....
Read More

Biden Looking to Exercise Power of Commutation Commutation: the act of commuting a judicial sentence. In other words, “commutation” means letting someone walk free. Unlike anyone else in the United States of America, the President of the United States is granted the power to commute sentences of those who are...
Read More
Load More