Philip Vigol. Robert E. Lee. David Brown. John Fremont. Pierre Lafitte. Al Jennings. Samuel Mudd. Marc Rich. Patty Hearst. Jimmy Hoffa. Who were these people? Some of their names may be familiar to you, others completely unknown. They lived in different times, and were accused of or committed different crimes: treason, sedition, murder, bank robbery, conspiracy, tax evasion, fraud, mutiny, and even piracy. But they all have one thing in common: each was the recipient of some form of presidential clemency, in the form of a pardon or reprieve of sentence.

But what exactly does it mean to receive a pardon or a reprieve? How are they different? Where does the presidential clemency authority come from, and are there any limits on it? How do you apply for a pardon reprieve? We will examine each of these questions in our discussion below.

What Is the Source of the Presidential Clemency Authority? 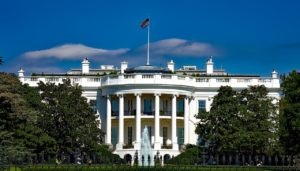 The power of the President to issue pardons and reprieves comes from the U.S. Constitution, Article II, Section 2, which empowers the President to grant these forms of relief to those who have violated federal law. Pardon authority itself predates the Constitution: throughout history kings, emperors and other rulers have had the right to issue commutations, reprieves, pardons and other types of relief from punishment to those they have deemed worthy. The phrase, “Begging your royal pardon” is more than a sarcastic expression, it has carried real meaning in the past.

Why Have Pardons and Reprieves?

What is the Difference Between a Pardon and a Reprieve?

We have already indicated that the presidential clemency authority only extends to federal crimes: The Constitution refers to “offenses against the United States,” which judges and legal scholars alike interpret as precluding presidential pardons or reprieves for state-level crimes. This does not mean that you cannot receive clemency if you are charged with or convicted of a local or state law; you will, however, need to seek it from the state governor instead of the President.

No Clemency for Impeachment Cases

The Constitution also expressly precludes presidential clemency authority in cases involving impeachment. Impeachment is the ultimate legislative safeguard against abuse of executive authority, were the President to have the ability to override this tool of Congress it could have the effect of damaging the arrangement of checks and balances that exists among the executive, judicial and legislative branches of the federal government.

The application process can begin online. Before you begin, you should be aware that as a matter of policy, the OPA expects clemency applicants to wait at least five years after being released from prison or, if no prison sentence was imposed, after the date of conviction. This is not a requirement: the presidential clemency authority allows the President to grant clemency to a person at any time. But to bypass the usual procedure here, you will likely need some compelling reason for the President to make an exception for you.

The OPA also frowns upon clemency petitions by applicants who are still on parole, probation or supervised release. If you are applying for a reprieve of sentence, you should be prepared to explain why you have not exhausted your appeal remedies through the judicial system if you have not already done so. This is particularly true if your petitioning for clemency from a sentence of death.

The Investigation and Attorney General Recommendation

If the OPA proceeds upon your clemency petition, then the U.S. Attorney General’s office will investigate the merits of your application. The investigation will consider your background, delinquent debts and tax obligations, civil lawsuits you’re involved in, and your other current activities. If the crime you are seeking clemency for had any victims, the OPA may contact them. It will also expect you to provide three character references, typically in the form of written affidavits (the affidavit forms are included in the OPA’s pardon or reprieve packet).

If your petition is denied, that is not necessarily the end of your hopes for clemency. You can petition again for reprieve one year after the date of denial, or two years after the denial of a pardon request.

Do You Need an Attorney to Request Presidential Clemency?

Given the potentially high stakes involved, however, and the potential complexity of the petition request, even if you fill it out yourself, you may want to have an attorney at least review your petition before submitting it. This can prevent errors that could delay consideration of your petition or even lead to its rejection based on an avoidable error.

The purpose of this article is to introduce you to the topic of the presidential clemency authority. It is not meant to be an in-depth treatment, and you should not take what you read here as legal advice. If you have questions about what you read here, you can learn more by going to the OPA’s Frequently Asked Questions page on its website or speak with an attorney, preferably one who is already familiar with clemency petitions.