There is probably no better time than now to ask the question – What is a pardon? Since the time President Trump won the Electoral College to become President, rarely has there been a day when the news did not mention the investigation into the Trump campaign’s collusion with Russia to swing the election in Trump’s favor. 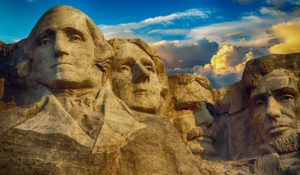 What is a Pardon ?

Introduction - What is a Pardon?

Not surprisingly, recent news reports state that Trump is trying to understand the extent of his presidential pardon power. It appears clear that he is considering how to use the presidential pardon to help his friends, and most significantly, himself.

Based on a normal dictionary definition of the term, “to pardon” means to forgive someone for an offense. “Pardon” actually comes from the same Latin root as “donate.” Accordingly, it implies the giving of something such as forgiveness or mercy.

As it pertains to government action, the term “pardon” means a decision by a government official to absolve a person of a criminal conviction. It is an official forgiveness, or release from liability for a criminal offense. It is not, however, an assertion of the person's innocence. Pardons are typically granted by the President in federal criminal cases, or by individual state governors in state criminal cases. An official pardon of a group of people is typically called “amnesty” rather than “pardon.”

The U.S. Constitution does not spend a lot of verbiage on the presidential pardon. In Article II, Section 2, Clause 1, the Constitution states, “The President . . . shall have Power to grant Reprieves and Pardons for Offences against the United States, except in Cases of Impeachment.” However, U.S. Supreme Court decisions have helped shape the answer to the question.

A pardon is an act of grace, proceeding from the power entrusted with the execution of the laws, which exempts the individual, on whom it is bestowed from the punishment the law inflicts for a crime he has committed. It is the private, though official act of the executive magistrate . . . .

In the 1927 case of Biddle v. Perovich, however, Justice Oliver Wendall Holmes placed an emphasis on the public policy aspect of the presidential pardon. Justice Holmes stated that, “[a] pardon in our days is not a private act of grace from an individual happening to possess power. It is part of the constitutional scheme.” Indeed, Alexander Hamilton argued in The Federalist No. 74:

[I]n seasons of insurrection or rebellion there are often critical moments when a well-timed offer of pardon to the insurgents or rebels may restore the tranquility of the commonwealth; and which, if suffered to pass unimproved, it may never be possible afterwards to recall.

In sum, the pardon power is very broad and is not only granted to those who have been convicted and sentenced. In Ex Parte Garland, a 1867 case, Justice Stephen Field stated:

What is the purpose of the Pardon ?

The question of "what is a pardon?" necessarily includes a look at the purpose for a pardon.  The American constitutional concept of the pardon derived from England and the royal English Prerogative of Kings. Oftentimes, English kings would grant a pardon in exchange for money or military service.

The pardon power in the U.S. Constitution, however, primarily reflects the purpose to temper justice with mercy in appropriate cases. It also is meant to do justice if new information comes to light following a conviction. Alexander Hamilton wrote that "humanity and good policy" require that "the benign prerogative of pardoning" was necessary to serve as a check on the judiciary's strict adherence to the criminal code.

What are the different Types of Pardons ?

There are different types of pardons, that vary from state to state. In the federal system, there are essentially two types - full pardons and conditional pardons.

What are the limits on the Pardon Power ?
Can the President Pardon Himself?