On September 8, 1974, less than one month since taking office and declaring that the nation's "long national nightmare is over," President Gerald R. Ford, addressed the nation from the Oval Office.  His speech would be the defining moment of Ford's term in office.  In a heartfelt, somber address, President Ford gave a "full, free and absolute pardon" to President Richard Nixon who just resigned the presidency in the midst of the Watergate scandal

In his address regarding the pardon of Nixon, Ford stated that the Nixon tragedy "is an American tragedy in which we have all played a part. It could go on and on and on, or someone must write the end to it."  Ford reasoned further:

There are no historic or legal precedents to which I can turn in this matter, none that precisely fit the circumstances of a private citizen who has resigned the Presidency of the United States. But it is common knowledge that serious allegations and accusations hang like a sword over our former President’s head[.]

With those words, President Ford explained the rationale for his pardon of Nixon.  It is clear from Ford's speech that the decision was not made lightly.  Ford honestly and earnestly deliberated on the matter and did what he believed was best for the country.  There is little doubt of the integrity of Ford and the decision he made.  However, there is a debate to this day as to whether it was the right course of action.  Indeed, given the current state of the White House -- particularly the renewed discussion of the presidential pardon -- it is important to remember the lessons the pardon of Nixon teaches us about the presidential pardon.  It also reignites the debate as to whether the pardon of Nixon was a crazy decision, or a healing one.

The Facts Behind the Pardon of Nixon 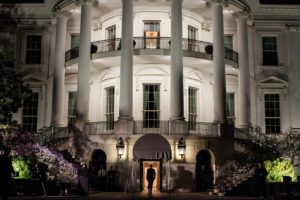 It is often said that Richard Nixon's downfall was the cover-up, not the crime.  The Watergate scandal began with a break-in of the Democratic National Committee offices at the Watergate office complex in Washington D.C. in June 1972.  An investigation revealed that agents of Nixon's Committee to Re-elect the President were responsible for the burglary.

Nixon and his top aides then engaged in activities to cover up the burglary.  A two-year battle ensued about the matter, which ultimately involved Congress, the Supreme Court, the White House, and the media.  As pressure to impeach Nixon based on obstruction of justice mounted, Nixon resigned in August 1974.

The Fallout from the Pardon

Ford's pardon of Nixon ruled out the chance that Nixon, who was once again a private citizen, would stand trial for any crimes he committed.  As such, the decision set off a firestorm of anger from the press, from the public, from Democrats in Congress, and from some members of Ford and Nixon's own Republican party.  Some wanted to see Nixon humiliated in a trial, while others felt that Nixon was merely a person who was caught doing what most assume politicians do on a regular basis.

Most significantly for Ford, the pardon likely cost him the presidential election in 1976 against President Jimmy Carter.  Ford served approximately 880 days as President.  In that time, Ford did much to heal a nation that was torn apart by the polarizing events of the Watergate scandal.  However, the pardon loomed large over his presidency and looms over his legacy today.

Was the Pardon of Nixon Something that is Still Crazy After All These Years?

It is hard to answer that question.  At the time it was granted in 1974, the pardon of Nixon generated howls of outrage.  Many thought it was a crazy thing to do.  Yet, time has been kind to President Ford and his pardon decision.  Many who once vilified the move, now seem to agree with it in retrospect.

For example, Watergate reporters Carl Bernstein and Bob Woodward vehemently opposed the pardon in 1974.  However, in 2014, Woodward and Bernstein, during a panel discussion hosted by the Washington Post, stated that Ford's decision was courageous.  They added that there were many compelling arguments for Ford to put the Watergate scandal behind him.  Even Senator Ted Kennedy, who initially opposed the pardon, later determined that it was the best way to move the country forward at the time.

In sum, the virtue of pardoning Richard Nixon will likely be a subject of debate into infinity.  Such is the beauty of political discourse.  One thing that cannot be debated, however, is the fact that Ford's understated leadership healed a divided nation.  Most importantly, President Ford gave Americans something they sorely missed -- a President they could trust, a President with respect for the American people, and a President with respect for the Constitution and the rule of law.  One can only hope that we can have that again in our United States.