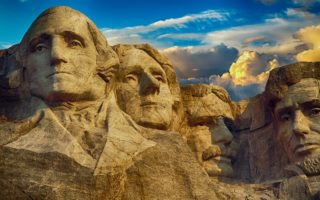 Since the founding of our nation, presidents have used the power of the pardon in a variety of manners.

Indeed, the pardon of Arpaio, who purposely violated both U.S. citizens' constitutional rights and a clear federal court order, seems to be among the worst demonstrations of misuse of the pardon power in U.S. history. Yet, the best way to reach that conclusion is to take a look at some of examples of presidential pardons.

Since the creation of our Constitution, presidents have used the Article II, Section 2 power to "grant Reprieves and Pardons for Offenses against the United States" in widely varying contexts, from draft-dodgers and tax evaders, to rebels and previous presidents. While most every American knows about President Richard Nixon's pardon by President Gerald Ford, there are lesser known pardons that provide a fascinating glimpse into our history. Let's take a look at six of the most intriguing famous Presidential pardons in U.S. history.

To learn more about pardons, read our article How to Apply for a Presidential Pardon.

1.  The First Pardon by President George Washington of the Whiskey Rebels

The first presidential pardon in U.S. history was President Washington's pardon of the Whiskey Rebels in 1794.

Who were the Whiskey Rebels?

2.  George Wilson's Rejection of a Pardon by President Andrew Jackson

Yes, that's right, a person actually rejected a presidential pardon and accepted the death penalty instead.

In 1830, a court handed down a sentence of death to George Wilson and his co-conspirator, James Porter. They were convicted for obstructing mail delivery, robbery of the mail, and endangering the life of a mail carrier. Although Porter was hanged, friends lobbied the White House on behalf of Wilson. He received a pardon by President Jackson. In a surprise turn, however, Wilson rejected the pardon without giving a reason. The case ultimately came before the U.S. Supreme Court. The Court decided that a pardon must be accepted before it becomes effective. Accordingly, Wilson's rejection of the pardon by President Jackson was permitted, and Wilson was hanged.

Have you ever heard of the short-lived "Mormon War" in the U.S. in 1857? Well, one of the great leaders in Mormonism, Brigham Young, ultimately received a presidential pardon as a result of his actions during the "Mormon War" in Utah.

An early convert to the Church of Jesus Christ of Latter-Day Saints, Brigham Young led the Mormons to the territory of Utah after the Church's founder Joseph Smith's death. Young eventually became governor of the Utah territory and head of the Mormon Church. However, in 1857, concerned that Young was running Utah as a theocracy, President Buchanan sent soldiers to install a new governor. That action spurred on the "Mormon War," whereby Young tried to cut off the U.S. military supply lines to Utah, although no actual battle was ever fought. Ultimately, Young and all of the Utah Mormons received a pardon by President Buchanan for any actions of treason, provided that they accept U.S. sovereignty in the region.

In 1904, over 1,000 people lost their lives in a deadly steamer explosion in New York City. The tragedy, in terms of number of deaths, would not be surpassed until the terror attacks on September 11, 2001. The event ultimately led to a presidential pardon of the steamer's captain.

On June 15, 1904, the General Slocum, considered the finest excursion steamer in New York, was cruising up the Long Island Sound when it suddenly burst into flames. When Captain Van Schaick was alerted about the fire, he continued to steer the Slocum up the river for two minutes before running it into the shore so passengers could jump to safety. More than 1,000 of the 1,358 passengers lost their lives in the disaster. Fewer would have died, however, if the Captain had beached the ship sooner. The Captain was convicted of criminal negligence and served four years in jail. President Theodore Roosevelt refused to pardon the Captain despite a 200,000 signature petition. Captain Van Schaick, however, was later granted a pardon by President Taft.

You may not know this, but the leader of the Confederate States of America during the Civil War, Jefferson Davis, received a presidential pardon -- 100 years after the Civil War ended.

Jefferson Davis was a plantation owner, slaveholder, and Member of the U.S. House of Representatives before joining the rebellion and becoming the President of the Confederacy. Following the Civil War, President Andrew Johnson offered Davis and other Confederate officials a mass pardon from treason. Davis, however, was never afforded the right of citizenship. Davis famously said in 1881, "It has been said that I should apply to the United States for a pardon, but repentance must precede the right of pardon, and I have not repented."  It was not until 1978 that Davis posthumously regained his citizenship. In an effort to heal the divides in the U.S. from Watergate and the Vietnam War, Davis was given a pardon by President Jimmy Carter.

George Steinbrenner, the boisterous, controversial owner of the New York Yankees, was once called a "convict" by Yankees manager Billy Martin, with whom Steinbrenner often feuded. Martin was not just casting aspersions. It is not a well-known fact, but Steinbrenner was actually convicted of a criminal offense and received a presidential pardon.

In 1974, Steinbrenner pleaded guilty to making illegal contributions to Richard Nixon's 1972 re-election campaign and to obstruction of justice. He was fined $15,000 personally, but did not go to jail as a result of the conviction. Fifteen years later, Steinbrenner received a pardon by President Reagan, which was one of Reagan's last official acts in office. The pardon was met with controversy. It reinforced the appearance that the wealthy and the famous receive different, more lenient, justice than the rest of society.

As the six examples above demonstrate, presidential pardons can serve many purposes, some noble, others less so. The pardon of Jefferson Davis (and even of Richard Nixon) was meant to help heal a divided nation. The pardons of the Whiskey Rebels and Brigham Young served to calm citizens in revolt. Captain Van Schaick's pardon gave mercy to someone convicted in a close case. George Steinbrenner's pardon, however, appears to have been a simple gift for a political ally, not unlike President Clinton's pardon of Marc Rich, President George W. Bush's pardon of "Scooter" Libby, and President George H.W. Bush's pardon of Caspar Weinberger.

Given this history, it appears that President Trump's famous presidential pardon of Sheriff Arpaio is of a different stripe. Sheriff Arpaio found fame by harshly discriminating against minorities, and using his office of public trust to do so. Therefore, it is difficult to escape the conclusion that Trump's pardon was meant to divide our nation, rather than heal its divisions.

The colorful history of the famous presidential pardon will surely continue. Hopefully in the future, the pardon will be used, to paraphrase President Abraham Lincoln, to emphasize the better angels of our nature.