The presidential pardon power derives from Britain and continued in the creation of the United States Constitution. The founders hoped this power would be a useful tool for a president to combat injustice. 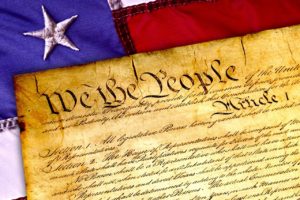 History of the Presidential Pardon

In this short clause, the United States Constitution granted the office of the President an extremely powerful tool with little restrictions attached. Granting a presidential pardon is only one tool the president can use. Pardons, commutations of sentences, reprieves, and remission of fines are all tools the president can employ, utilizing this clemency power. Generally, when we say the “pardon power," we mean the power to do all of these things.

This clause’s origin derives from the British monarchy. The Founding Fathers borrowed from what they already knew. The royal prerogative of mercy is a tradition in Britain where the monarch holds the power to grant pardons. This royal power for many centuries was used by the monarch to commute death sentences. It was also used for more economic means, like in exchange for money or military service.

In modern time, the British monarchs have used this power infrequently. The most recent pardon came from Queen Elizabeth, who posthumously pardoned Alan Turing. Truing cracked the Enigma Code during WWII but was arrested shortly after the war for public indecency due to being gay.

Like the United States’ presidential pardon power, the royal prerogative has little restrictions. It can be used to change any sentence or penalty imposed on someone convicted of a crime.

“Humanity and good policy conspire to dictate, that the benign prerogative of pardoning should be as little as possible fettered or embarrassed.” -- Alexander Hamilton – The Federalist #74

Hamilton was a staunch supporter during the Constitutional Convention for adding a clemency clause. He also was adamant that the power should only be held by one person. Clearly, his desire was followed by the other Founding Fathers. However, not everyone was sold. Neither the Virginia Plan nor the New Jersey Plan included the presidential pardon power. George Mason, a Virginia Plan supporter, believed that the power should not be held by one person. With just succeeding from an all-powerful monarch, it is not surprising that some of the founders would be wary about giving this power to the head of state only and with complete autonomy.

Charles Pickeney introduced a proposal during the convention, giving the president the same complete power that the English monarch held. Some delegates believed that treason should be excluded from the pardon power. Article II, Clause 2 reflects the final proposal. The president alone holds the pardon power for federal offenses, any federal offense, except for a person going through the process of impeachment.

President George Washington first used the presidential pardon power in 1794. The U.S. government implemented a new set of taxes on whiskey. This angered many, including many farmers. The Whiskey Rebellion began when individuals began rioting. President Washington led the militia to put down the Rebellion. Several rebels were charged and sentenced to death. Realizing the fragility of the situation and the popular support for the rebels, President Washington pardoned them. This was one purpose that was discussed for the proposal of the pardon power. Tempering justice with mercy was one of the reasons Alexander Hamilton was such a strong supporter for the power. Realizing that justice can be harsh, and publicly can be disagreeable, the president holds this power to bring humanity and good policy together.

In 1893, a law was created that allowed individuals to review and make recommendations to the president on pardons and deliver those recommendations to the Department of Justice to filter. In 1981, this process was finally formalized that created the Office of the Pardon Attorney. The Office is dedicated solely to review petitions for clemency. Each year, the president is inundated with thousands of petitions for clemency. The Office reviews each one and investigates the claims. They then make a recommendation to the President. The President is under no obligation to follow the recommendation by the Office, nor is anyone required to send a petition to the Office to receive clemency. Most recently, and perhaps most notably, President Trump pardoned Joe Arpaio, the former Sheriff who was sentenced for not following court orders. Joe Arpaio never sent a clemency application to the Office.

The modern pardon power has evolved over the years. It has now become not just an act of mercy or to temper emotions, but a way to persuade policy and make political statements.

As a precursor to President Obama’s Clemency Initiative, President John Kennedy pardoned individuals who were convicted of crimes under the Narcotics Act of 1956. President Kennedy believed the penalties to be too harsh. Fast-forward a few decades, President Obama made it a significant policy act to commute thousands of non-violent drug offenders to draw attention that the current drug sentencing scheme is unduly burdensome, especially on minorities.

The presidential pardon power is a useful tool. History shows that presidents can use this power at very opportune times to move legislation, make political statements, or to grant mercy.