Barack Obama Commutation Legacy : President Barack Obama cemented a legacy when he became the President who granted the most commutations of sentences. This legacy was formed through a policy initiative to increase clemency petitions and to find petitioners who fit a certain mold.

A useful part of the clemency power, granted to the President under Article II, Section 1 of the United States Constitution is the ability to commute a federal sentence. Commuting a sentence means to cut off a sentence, or to shorten the original prison term. This is just one power that falls under the clemency umbrella. Others include pardons, reprieves, and remissions of fines. 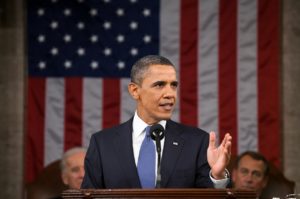 Commutation of a sentence does not mean the original offender was innocent. Many times a commutation of a sentence does not restore any rights, like the ability to sit on a jury or to vote, like a pardon does. It is a way to make a political statement without some of the public relations ramifications that come with a pardon, which suggests innocence or great remorse.

The Clemency Initiative was formed in 2014, rather late in President Barack Obama’s presidential term. The Department of Justice made a notice that they were encouraging federal inmates to apply for clemency, a commutation of their sentence if they fit certain criteria.

The DOJ prioritized inmates who met the following factors:

The Office of the Pardon Attorney works under the purview of the Department of Justice. This office is responsible for handling the thousands of clemency petitions that are sent to the office every year. The Office researches each petition, conducts an investigation, and makes a recommendation to the president. For the Clemency Initiative, the Office was inundated with petitions. President Obama holds the record with the most petitions received, over 37,000. A staggering 33,149 were commutation petitions. Of those, President Barack Obama made history when he granted 1,715 commutations of sentences. Of those 1,715 sentences, 568 were life sentences.

To assist the Clemency Initiative, the Clemency Project was formed. This project offered legal assistance through a variety of organizations to help those inmates with clemency applications. To apply for clemency, an inmate can represent themselves. However, it is helpful to have an attorney review the documents for accuracy and to ensure that all documentation is both obtained and presented effectively. The Clemency Project was a way to assist those in need.

President Barack Obama made several notable commutations during his presidency. He granted a commutation to Chelsea Manning. Manning was a former Army soldier who was convicted of stealing and disseminating over 750,000 pages of documents and videos to Wikileaks. Manning was sentenced to 35 years in prison. The decision was supposedly made over the objections of Secretary of Defense Ash Carter. President Barack Obama faced severe scrutiny from this decision, particularly from the Republican side. Manning’s commutation came in the last days of President Obama’s term, along with 208 other commutations.

During President Barack Obama’s tenure, he faced pressure to offer a commutation or pardon to former National Security Agency employee Edward Snowden. Snowden also distributed classified information to other countries and sources. He is now residing in Russia. There was also a push to commute the sentence of Army deserter Bowe Bergdahl and former Illinois Governor Rod Blagojevich.

During this granting, President Barack Obama also commuted the sentence of Oscar Lopez Rivera. Rivera is a Puerto Rican nationalist. He was a member of a group that the United States classified as a terrorist organization. This group was responsible for setting bombs off in the 1970s and 1980s.

Some websites have presented a breakdown for President Obama’s rounds of commutations. On July 13, 2015, President Obama granted 46 clemency petitions. The majority of these individuals were black men. Their average age was 49. The drug that was involved in the crimes was overwhelming crack cocaine with 37 offenders being involved with the drug. Others were marijuana-related. Five were for powder cocaine. One was for meth. Ten had multiple drugs involved; 14 of which were serving life sentences. One of these individuals was serving a long sentence and at the time of his commutation was 84-years old.

President Barack Obama clearly set out to make a statement with his policy for commutations. His office set a criteria that they mostly followed. President Obama shone a brighter light onto the fact that many drug sentences, especially from the 1970s and 1980s, disproportionately affected minorities. These harsh drug sentencing guidelines gave long sentences for even minor possession. They also punished certain drugs, like crack cocaine, differently than powder cocaine, which affected the sentences down racial lines. President Barack Obama’s Clemency Initiative intended to render mercy to those who had been in prison for a long time for non-violent offenses.

In time we will see if future presidents follow this same trend. President Trump, while still early in his presidency, has only issued one pardon and zero commutations as of the time of this writing. However, there is still time. President Obama did not launch the Clemency Initiative until his second term. Hopefully Trump will follow in Barack Obama's merciful footsteps.