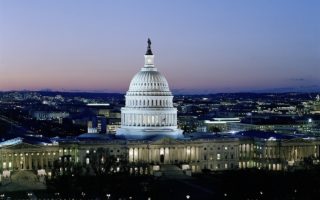 The Clemency Initiative targeted federal inmates primarily convicted of federal drug crimes. The Department of Justice laid out specific criteria for those clemency petitioners seeking commutation of their sentence. The following criteria were to be met for a petitioner to initially qualify:

If a petitioner met this specific criteria, their petition for clemency would be prioritized. The Office of the Pardon Attorney, who falls under the purview of the Department of Justice, handles all the clemency petitions. They research each petition and conduct a thorough review of the clemency petitioner. They then make a recommendation to the President. Because the initiative essentially asked for inmates to send in petitions, the Office of the Pardon Attorney was inundated with petitions. President Obama holds the record for the number of petitions received, 33,149 petitions for commutations of sentences and 3,395 pardons. No other president in history has received anywhere close to this amount.

Because of this enormous caseload, the Office of the Pardon Attorney asked for private assistance. Clemency Project 2014 was formed. The Clemency Project consisted of around 1,500 volunteer attorneys who assisted eligible inmates with submitting their clemency petition. The Clemency Project was led by five private organizations who did most of the legwork and administrative handling of such a vast project: the American Bar Association’s Criminal Justice Section, the American Civil Liberties Union, Families Against Mandatory Minimums, the National Association of Criminal Defense Lawyers, and the heads of 84 offices of federal public or community defenders.

Without the help of these volunteers, most likely the amount of petitions the Obama administration received would have been much lower. While it is noted that President Obama has left a legacy because of his clemency initiative, prior to 2014 he had handed down relatively few clemency pardons or commutations. One reason is that President Obama, like all of his predecessors before him, relied on recommendations from the Office of the Pardon Attorney. The Office can only recommend so many with the office staff they have. The clemency process is slow and a president may be out of office before final recommendations are formed.

Before this initiative, the clemency process traditionally favored those who were white and possessed connections to those in the higher echelons of politics. Many of the pardons or commutations handed down were not for drug crimes, but white-collar crimes like racketeering or fraud. There is also the potential negative political optics that is associated with the clemency power. It can cause blowback against the president and cause trouble for other policies or initiatives.

The Clemency Project was able to alleviate some of the strain put on the Office of the Pardon Attorney. A survey was sent by the Bureau of Prisons to federal inmates, asking whether or not they met the criteria. The Clemency Project received over 30,000 of these surveys. Any of the volunteers could take a survey. Their job was to dig through old documents and investigate whether the inmate actually met the criteria and create a summary of their findings. These findings then went to a committee, who double-checked that the inmate met the criteria.

The survey and findings then went to a steering committee to ensure that all the partner organizations were comfortable signing off on the inmate. When approved, the volunteer attorney who initially worked with the inmate would draft a petition and send it to the Office of the Pardon Attorney with a cover letter from the Clemency Project. It was then up to the Office of the Pardon Attorney to make the final recommendation to the president.

So what was the impetus behind the Clemency Initiative and those who worked in the Clemency Project? While cliché, many would say fairness and justice. The criteria listed above was set to target a specific set of inmates. This initiative targeted those who were serving for nonviolent offenses, mostly drug crimes, and if who had committed the crime today, would have gotten a much more lenient sentence.

On October 19, 2015, the Clemency Project stopped accepting requests for assistance. Even with the 1,500 volunteer lawyers and the assistance of the Office of the Pardon Attorney, both were administratively overloaded.

The Obama administration made an effort to ensure that the number of outstanding petitions were as low as possible once President Obama left office. Near the end of August 2016, Deputy Attorney General Sally Yates announced that the DOJ would review and provide a recommendation to the president over every petition in their possession at the time. This was around 6,195 outstanding petitions. The DOJ was able to meet this commitment. Ending on January 19, 2017 the DOJ made recommendations on around 16,776 petitions received from drug offenders to President Obama.

Notwithstanding the criticism, the Clemency Initiative and the Clemency Project helped commute the sentences of thousands of inmates who would still be serving long or even life sentences for low-level drug offenses.