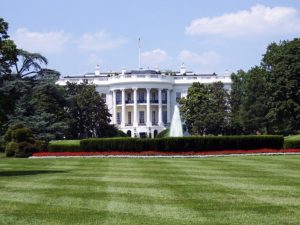 Commutation: the act of commuting a judicial sentence. In other words, “commutation” means letting someone walk free.

Unlike anyone else in the United States of America, the President of the United States is granted the power to commute sentences of those who are incarcerated, or of those who may become incarcerated. It is traditional for Presidents to use this power and grant clemency to many during their time in office. Having been urged by numerous groups to utilize this ability, President Joe Biden has still been holding back on doing so.

The White House has shown signs that President Biden will not hold off on exercising his power of commutation for much longer. While there have been no official conferences specifying when his use of this power may occur, officials have indicated that something regarding commutation is possibly in the process of moving forward. Others claim that there has simply not been enough time for this to be the case.clemency.co

During his first 100 days as President in the White House, President Biden did not grant clemency to anyone. Because of this, he is facing pressure to act immediately. Over 100 groups of Councils and Unions are urging the President to get these sentences removed now, in order to start the desired reform of the United States’ justice system.

However, it is quite common for Presidents to wait until their terms are coming to a close until they exercise their power of commutation in large numbers. Despite this, multiple Democratic groups are currently pushing for President Biden to take action in order to reform the current systems within the United States.

The White House press secretary, Jen Psaki, has reassured Americans that President Biden will sensibly use his power of commutation. She made it very clear that, in contrast with previous President Donald Trump’s actions during his time in the White House, there would be processes in place to encourage fair use of this power. Rather than continuing in President Trump’s footsteps and bypassing the traditional process of reviewing cases, President Biden and his cabinet will give each consideration of commutation a thorough and deserved review.

The process of commutation can be an arduous one. It requires time and concentration. However, this will not stop President Biden from exercising his power of commutation in a just fashion. Of the list that President Biden inherited of 14,000 waiting to be granted clemency, each and every case will be examined with care and caution.

President Joe Biden’s use (or lack thereof) of his power of commutation has been a hot topic in the United States news lately. As is always the case with news of the President, rumors have been flying. Will the President act soon and satisfy the callings for reform of the Democratic party? Or will he move the issue of commutation to the back burner for now and focus on more pressing topics? We will find out as the year goes on. For now, we can only speculate.

Need help with a clemency petition?