This article discusses the presidential pardon definition and explores the parameters of the pardon in order to shed some light on whether a President may, in fact, pardon himself or herself. 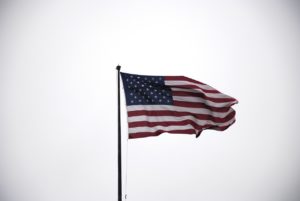 Chief Justice John Marshall, in one of the earliest discussions elaborating on the President’s pardoning power, said as follows:

The Constitution gives to the President in general terms, “the power to grant reprieves and pardons for offenses against the United States.” . . . A pardon is an act of grace, proceeding from the power entrusted with the execution of the laws, which exempts the individual, on whom it is bestowed, from the punishment the law inflicts for a crime he has committed. It is the private, though official act of the executive magistrate . . . .

As the pardon definition evolved through judicial decisions, however, the U.S. Supreme Court in the 1927 case of Biddle v. Perovich, moved away from the “private act of grace” aspect of Chief Justice Marshall’s pardon definition. Rather, the Court gave a more concrete, public-welfare focused, pardon definition, as follows:

[The pardon power] is part of the Constitutional scheme. When granted, it is the determination of the ultimate authority that the public welfare will be better served by inflicting less than what the judgment fixed.

The Supreme Court, however, never denied the fundamental “forgiveness” aspect of the presidential pardon definition. As the Court stated more recently:

The plain purpose of the broad power conferred by [Art. II, § 2, cl. 1] was to allow plenary authority in the President to “forgive” the convicted person in part or entirely, to reduce a penalty in terms of a specified number of years, or to alter it with conditions which are in themselves constitutionally unobjectionable.

Finally, with regard to the pardon definition, the United States Office of the Pardon Attorney currently emphasizes that:

A pardon is an expression of the President’s forgiveness and ordinarily is granted in recognition of the applicant’s acceptance of responsibility for the crime and established good conduct for a significant period of time after conviction or completion of sentence.

In sum, the notions of giving grace, forgiveness, and mercy inform the concept of a presidential pardon. Further, a pardon typically comes as a result of a person’s acceptance of responsibility for wrongdoing, and a demonstration of good conduct subsequent to the person’s crimes.