Reprieve Definition : Generally, a reprieve is a postponement of the punishment for someone convicted of a crime. This temporarily delays the imposition of a sentence after a judge orders the sentence. A reprieve remains in place for a certain period of time. It cannot go on indefinitely so that the defendant never serves his sentence.

Even though the reprieve is not in place forever, it can remain until some future event occurs. For example, some state governors grant reprieves in death penalty cases until a study wraps up on capital punishment issues.

However, the ultimate outcome after the reprieve expires could be an overturned conviction or vacated sentence. This would likely happen in cases where new evidence turns up or evidence used to convict the defendant is thrown out.

Above all, presidential reprieves apply only to federal crimes. This is a constitutional power for the president to carry out. The president does not need approval from any other government body or official to issue a reprieve.

There are very few limits on presidential clemency powers, including for reprieves. Even if a court or Congress disagrees with a reprieve in a case, they are powerless to overturn it. Along those lines, no government official or body can decide that the reprieve lasts for too long. The president retains sole discretion over when and for how long to implement a reprieve.

The major limitations on the president’s power to issue a reprieve are that it cannot be used in cases of impeachment or to indefinitely postpone a sentence. If the president wants to relieve a defendant of serving a prison sentence, he can simply issue a pardon. The president can issue a pardon in advance of a criminal conviction. But a reprieve focuses on the time between the conviction and the start date of the sentence.

Reprieves - What They Are and How They Work

The reprieve power is a much narrower power than the pardon. It means to delay the punishment of someone and is a temporary power of the President to determine if other options are available for the person in question. It is the most limited of the clemency powers.

The President of the United States is not the only one granted with this power. Most state constitutions give the power of pardon and reprieve to the governor in his or her capacity as executive officer of the state. The United States Constitution only provides the president with the power to pardon individuals convicted of federal criminal crimes. The governor of a state is able to pardon those individuals convicted of state crimes who are incarcerated in the governor’s state.

Reprieve can be granted for a variety of different reasons including the possibility of newly discovered evidence, last-minute appeals, or the governor’s concern that there might be an error in the record that should be examined. It is important to note that this is only a delay in the criminal process. It is not a pardon or reduction or commutation of the sentence. It is granted for a specific amount of time and once that time expires, the punishment or sentence of that crime is imposed again.

The pardon power is used more than the reprieve power, however, governors typically use the reprieve power more than a United States president. In West Virginia, the Secretary of State website states that over the 36 years of data kept, the West Virginia governor has granted 641 reprieves. Reasons for granting these included the postponement of incarceration or shortening the period of incarceration due to reasons such as extenuating circumstances in the case or even overcrowded prison and jail facilities.

What are Presidential Pardons and Reprieves ?

What Does Judicial Reprieve Mean ?

Who Were Recently Reprieved ?

Why is Reprieve Important ?

Is Reprieve Positive or Negative? 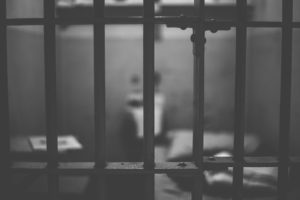 The granting of reprieves usually comes at the last minute. Governor Eric Greitens of Missouri granted a reprieve to Marcellus Williams just hours before Williams was scheduled to be executed in August 2017. Governor Greitens stated that it was granted for more time to assess the case against Williams. Governor Greitens ordered a five-person “board of inquiry” to look into evidence in the case against Williams and then make a recommendation to the governor. For those who have been on death row for some time, new findings of evidence, especially those based on DNA, is a frequent reason why reprieves are granted.

However, the power of the president consists of multiple options for the president to consider, including a full pardon of the crime, commutation of a sentence, remission of fine or restitution, or a reprieve. These are considered the powers of executive clemency. All requests for executive clemency, including reprieves, must first go through the Office of the Pardon Attorney. This Office reviews and investigates each petition and prepares a recommendation for the President.

Many use the phrase “stay of execution” in lieu of the technical term reprieve. However, reprieve meaning goes beyond just a “stay” and has transformed into a nuanced pardon power.

The power in a governor and president’s pardon arsenal is a useful tool to achieve a quick action when it comes to sentencing, especially executions. Traditionally not used as often as the pardon power, reprieves have steadily increased, especially by the use of governors.

Reprieves have generally be issued for emergency or personal reasons for the prisoners, with their sentences resuming shortly after. It will be interesting to see if the rise in issuing them, especially by governors because of their ideological or moral beliefs about the death penalty, continues to increase. It is important to note that while governors issued a reprieve, usually by executive order, this order is only safe while the governor who issued it is currently in office. How these political reprieves will stay in effect remains to be seen.