The 45th President of the United States is steeped in scandal and controversy, with some of his closest allies pleading guilty to federal crimes or facing indictment. Understandably, our country has a renewed interest in the scope and power of the presidential pardon – particularly because the President is considering using it for himself. State pardons or “pardon from governor” are a related power but are often overlooked.

The power to grant pardons does not only belong to the U.S. President. State governors typically have the power to pardon people who have committed state crimes. Since the vast majority of criminal convictions take place in state courts, the power to pardon or give clemency in each of the 50 states is an important tool that is often overlooked.

Accordingly, let’s take a look at four compelling “pardon from governor” stories. Each of the stories below shines light on how the pardon power works on the state level.

The State Power to Pardon

Practically every state constitution has some form of executive clemency power.  Just as a U.S. president can pardon someone for a federal crime, a state governor typically has the power to pardon people of state crimes. The process of obtaining a pardon for state crimes, however, varies from state to state.

This process is entirely different in six states. In each of these six states the governor does not have the power to grant pardons at all. Instead, these states use independent state commissions to make decisions on pardon requests.

Whatever the process in your state, these state-level executive pardons usually get less press coverage than presidential pardons from Washington, D.C. In fact, there are far more people across the United States today who are likely to be eligible to receive a pardon from a governor than from the U.S. president.

Receiving clemency for a state crime is just as powerful a tool for the person who receives a pardon from governor as any presidential pardon would be. The following “pardon from governor” stories shed some light on these lesser-known acts of clemency. 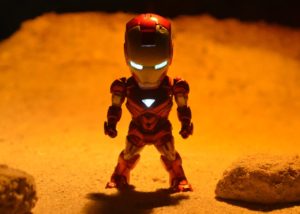 In December 2015, as part of the Governor’s Christmas Eve tradition, Gov. Jerry Brown of California pardoned “Iron Man” actor Robert Downey Jr. Back in 1996, Downey Jr. was convicted of a number of drug-related charges.

Like the 90 other people who received a pardon from Gov. Brown that Christmas Eve, Downey Jr. had long completed his sentence for the crimes. He also showed that he was rehabilitated and has lived a “productive and law-abiding life following his conviction,” according to the Governor’s office.

Indeed, the purpose of an executive pardon is to forgive a person for past crimes. Gov. Brown’s office noted, “pardons are not granted unless they are earned.” In Downey Jr.’s case, he had paid his debt to society, has shown good moral character, and is now a law-abiding citizen worthy of forgiveness.

Arkansas Governor Mike Beebe acknowledged that his son was embarrassed, and he was also embarrassed, that his son Kyle was charged and convicted, back in 2003, of possession of marijuana. Kyle served three years probation for the crime.

Eleven years later in 2014, however, his father is Governor. Kyle asked for a pardon. There was much to argue for the pardon. First, the Arkansas Parole Board recommended that Kyle receive the pardon. Moreover, Governor Beebe issued a substantial 717 pardons during his tenure. Most of the pardon recipients were young people with drug convictions.  Gov. Beebe’s son’s pardon was consistent with Gov. Beebe’s policy of granting clemency generally.

That said, it is hard to avoid the appearance of an abuse of power in this case. The Governor used his official authority to help his own family member. The pardon occurred at the end of his eight years in office. As a result, Gov. Beebe’s legacy will always include this seemingly self-serving pardon for his son.

Ricky Waters, born in the United Kingdom, was lawfully admitted to the United States when he was 11 years old. Raised in the Bronx from age 11, Ricky Waters went on to become a famous hip-hop artist, known as “Slick Rick.”

In 1991, Slick Rick pled guilty to two counts of attempted murder and eight weapons crimes. The conviction arose from an incident in which Slick Rick, believing that his cousin wanted to kill him, shot his cousin and an innocent bystander. Both individuals survived the shooting. Slick Rick served six years in prison for the crime.

Upon being released in 1997, Slick Rick lived in New York City without incident and even volunteered at youth outreach programs to counsel young people against violence. Slick Rick’s quiet life as a law-abiding resident was turned upside down however in 2008.

In 2008, Slick Rick was facing deportation because of a law requiring removal of any legal resident who had been convicted of a crime of violence. Slick Rick’s 1991 guilty plea fell under this law and placed him in the crosshairs of federal immigration officials.

Given the threat of deportation, and the fact that Slick Rick had a wife and two teenage children in the U.S., Waters received a pardon from Governor Paterson. As a result of this pardon, Slick Rick was no longer subject to mandatory removal (deportation) proceedings and he could continue to live with his family in New York.

Mississippi is a state that allows its governor to pardon individuals with no oversight. One Mississippi governor, Governor Haley Barbour, used this power to pardon in the final hours of his time in office. As he was leaving office, Governor Barbour granted a governor’s pardon to 200 convicted felons.

Eight of the 200 pardoned felons were noteworthy because they each had murdered their wives or girlfriends, and some of the eight had not served much time in prison. Governor Barbour’s pardons created national outrage because of the violent crimes involved and the perceived light punishment received for these severe crimes.

Despite the overwhelmingly negative reaction, Governor Barbour’s pardons changed the lives forever for 200 citizens. A pardon from the governor restored the civil rights of 200 citizens who can now move forward with their lives without any further restrictions on their freedom.

These examples show just a few examples of how using the pardon power, whether by the U.S. president or governor of your state, can be used to change lives. The specifics of how a pardon can be requested and when a pardon might be granted are different from state to state. But every pardon granted by a governor represents a life that is changed by an official act that restores a citizen’s dignity.

Learn more about the Law Office of Brandon Sample by visiting our blog at https://sentencing.net or at https://brandonsample.com.