Tennessee pardon : On his last day in office, Tennessee Governor Bill Haslam granted executive clemency (Tennessee pardon) to 23 people. The essential purpose, Haslam said in a written statement, was to better allow people with convictions to have another chance to become contributing members of society. 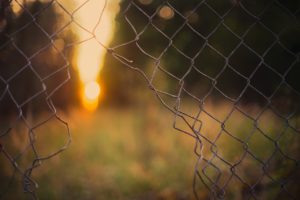 "These individuals receiving Tennessee pardon have made positive contributions to their communities and are worthy of the forgiveness that may help them restore their rights or obtain employment," Haslam said in the statement.

Haslam issued 20 Tennessee pardon and three sentence commutations. Commutations are reductions in the length or type of sentences imposed.  A Tennessee pardon is an official statement of forgiveness that may help to restore one's rights, such as the right to vote, or to expunge one's criminal record from the governor of Tennessee.

The Case of Cyntoia Brown

These 23 grants of clemency bring Haslam's total to 45 Tennessee pardon cases since he took office. Perhaps the most controversial of Haslam's sentence commutations involved Cyntoia Brown, who was convicted and sentenced to life in prison in 2006 for first-degree murder and aggravated robbery.

Brown says she was forced into prostitution. When a real estate agent named Johnny Allen took her to his home, she fatally shot him in the back of the head while he was lying beside her. She was 16.

Brown served more than 14 years in prison when Haslam commuted her sentence to ten years of parole.

"Imposing a life sentence on a juvenile that would require her to serve at least 51 years before even being eligible for parole consideration is too harsh, especially in light of the extraordinary steps Ms. Brown has taken to rebuild her life," Haslam said.

Here is a list of all the individuals who were granted Tennessee pardon from Gov. Bill Haslam :

The clemency process can be a difficult path to navigate.  If you or a loved one has a conviction and believe there may be grounds for relief, contact the Law Offices of Brandon Sample. Our experienced and dedicated attorneys and staff are familiar with the Tennessee pardon process and are ready to help you.