The Authority to Grant a Presidential Pardon and Exceptions

According to Article II, Section 2 of the Constitution, the president may pardon those who committed crimes against the United States. Above all, the presidential pardon limits only applies to federal crimes. State governors address state criminal convictions. Each state follows its own process concerning pardon applications.

In almost all cases, misdemeanors do not qualify for a pardon. The only exception is for misdemeanor crimes involving civil rights violations against the defendant.

What are the Exceptions to Presidential Pardon Authority?

What are the Benefits of a Presidential Pardon Limits ? 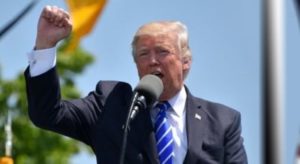 How a Presidential Pardon Differs from Expungement ?

Some cases involve state and federal crimes. In those cases, a president may issue a pardon that unquestionably covers the federal offenses. States may observe the effect of the presidential pardon on the related state crimes. Some New York state legislators are trying to overturn this practice so that state criminal convictions and sentences remain intact.

Recent Developments in the Process of Granting Presidential Pardons

The Office of the Pardon Attorney handles all federal pardon applications. The application includes personal information and involves a background investigation by the FBI. Staff attorneys process the application and recommend an action to the president. Executive privilege protects the contents of all of the application documents submitted.

How does the Donald Trump Administration Handles Presidential Pardon Applications ?

What are the considerations for Those Seeking a Presidential Pardon ?

Contact Brandon Sample PLC About Applying for a Pardon

Brandon Sample PLC assists many clients with applying for pardons. If you or a loved one have been convicted of a federal crime, you may be eligible to apply for a pardon. You should not pursue this complex, time-consuming process without legal representation. Retaining our firm means that you will put our in-depth knowledge, experience and resources to work for you.

Call our office today at 802-444-4357 for a free initial consultation. Find out how our capable legal team can help you or your loved one with life after a criminal conviction. We will discuss all clemency options available to you, including a presidential pardon.

Biden Looking to Exercise Power of Commutation Commutation: the act of commuting a judicial sentence. In other words, “commutation” means letting someone walk free. Unlike anyone else in the United States of America, the President of the United States is granted the power to commute sentences of those who are...
Read More

Article II, Section 2, Clause 1 of the Constitution of the United States grants the President the power to grant clemency to persons who have committed federal crimes.  Specifically, the clause states that “The President . . . shall have Power to grant Reprieves and Pardons for Offenses against the...
Read More
Load More