Trump manafort pardon - Is it really going to happen ?While Paul Manafort, waited to be sentenced in federal court , New York politicians and prosecutors worried that president might simply issue him a trump pardon, thereby cancelling any prison time for his crimes.This trump manafort pardon is causing a invoked outrage.

To avoid this result, Manhattan District Attorney Cyrus Vance Jr. and New York Attorney Letitia James have pursued an "insurance policy " they would prepare state charges against Manafort that would avoid constitutional barriers but still send Manafort to prison for the rest of his life. Trump would be unable to pardon Manafort for any New York state crimes. 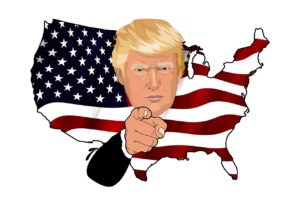 In an opinion piece in The Hill, George Washington University Law Professor Jonathan Turley calls the trump manafort pardon "troubling and untoward." The issue, he says, is not with Manafort himself; he calls Manafort "one of the most corrupt figures in Washington" who deserves a lengthy sentence. Rather, in order to guarantee Manafort's incarceration, the constitutional protection against double jeopardy would be eliminated for all New Yorkers. Riding the wave of resentment against trump Manafort pardon , New York politicians have been pledging to voters for more than a year to charge Manafort with state crimes based on the same underlying actions as his charges.

The Fifth Amendment of the U.S. Constitution prohibits double jeopardy--punishing people twice for the same conduct--and New York has strongly supported this principle by forbidding state prosecutions related to federal convictions. Unless you happen to be Paul Manafort. This only became an issue after a series of Trump's tweets led to speculation that he might simply issue a trump pardon to any of his loyal associates convicted of federal crimes. While trump manafort pardon may be technically legal, it is abhorrent to the ideals of American justice. It violates the spirit of the presidential clemency authority by placing those in power above the law. With all this concern over trying to guarantee incarceration for one person, Turley argued that New Yorkers need to be concerned that state constitutional protections might be reduced for everyone else.

"This is much like removing all of the life preservers from an ocean liner to guarantee that one single passenger does not survive a sinking," Turley explained.

James was elected attorney general after campaigning on this issue to remove the constitutional protection from double jeopardy for all New Yorkers. Former Attorney General Eric Schneiderman pushed the legislature to remove the constitutional protection, and his successor, Barbara Underwood, called the double jeopardy protection a "loophole." Underwood told the legislature that making the change was urgent in order to thwart the impact of a "politically expedient " from Trump pardons . Rights lost are never-easily regained. And such an extreme solution is not even necessary. If loading Manafort down with 2 prison time is so important, he can be prosecuted under state law for evasion of his state taxes. So is trump manafort pardon is still gonna happen ? -  it is still uncertain whether president Trump will actually give Manafort pardon such an unwarranted and inappropriate , or if he is just blowing smoke to rile people up.

In the end, our constitutional and due process rights are too important to risk losing just to ensure one man receives a few extra years in prison, no matter how much he may deserve it. Executive clemency, which includes sentence commutations and pardons, can be very difficult to obtain . If you or a loved one have a federal conviction, contact the Law Offices of Brandon Sample to see if you are eligible for any relief.

Biden Looking to Exercise Power of Commutation Commutation: the act of commuting a judicial sentence. In other words, “commutation” means letting someone walk free. Unlike anyone else in the United States of America, the President of the United States is granted the power to commute sentences of those who are...
Read More

Article II, Section 2, Clause 1 of the Constitution of the United States grants the President the power to grant clemency to persons who have committed federal crimes.  Specifically, the clause states that “The President . . . shall have Power to grant Reprieves and Pardons for Offenses against the...
Read More
Load More